History is important because it helps us predict outcomes. When we know where we’ve been, we can better know where we are going. We know that the country is going to make it through this current crisis because we’ve made it through other ones. We know that at some point, we will be able to leave our homes without fear, we will gather around tables and share meals again, and we will return to work and school.

One thing that will come out of this changed is the American consumer. Nielsen’s latest research[1] indicates that after the pandemic, shoppers will return to their daily routines with a renewed focus on health – leading to an increase in e-commerce and hygiene practices.

Historically, after times of crisis – Americans have a swell of patriotism and nationalism that translates at the cash register. They will largely support companies that outwardly embody those values.[2]

Lessons from the History Books

“To know your future, you must know your past.” – George Santayana

A look through American history shows this post-threat patriotic consumerism plays out time and time again.

THE BOSTON TEA PARTY: December 16, 1773: Boston streets brimmed with patriotism as three British ships sat in Griffin’s Wharf, filled with tea. For weeks, fliers warned that if anyone helped unload the ships, they would be denounced as “Wretches unworthy to live.”[3] Late at night, colonists angry with Britain’s “taxation without representation” dumped 342 chests of imported tea into the harbor. It was the first act of defiance to British rule over the colonies and started the Revolutionary War. In effect, a “Buy American” campaign lead to the founding of the United States of America. It was the start of a long history of patriotism taking center stage in economic recovery efforts.

THE END OF WORLD WAR II: 1945: More than 12 million military personnel returned to a very different country. Wartime production had buoyed America’s economy out of a depression. Jobs were plentiful, wages were high, and Americans were excited to spend. Shopping was seen as more than fulfilling personal desires, it was deemed a patriotic duty. The American consumer who was devoted to buying the most, the newest, and the best was the ideal citizen. Between 1945 and 1949, Americans bought a lot of stuff – 20 million refrigerators, 21.4 million cars, and 5.5 million stoves.[4] This shopping spree went well into the 1950s – all in the name of Uncle Sam.

NEW YORK CITY/THE PENTAGON/SHANKSVILLE, PA: September 11, 2001: The deadly terrorist attacks of September 11 again changed Americans and the way they consume. People were haunted by the coverage of the Twin Towers crashing down. A newfound nationalism swept the country and lead to a resurgence of patriotic shopping. Research shows that after 9/11, half of people older than 55 were more likely to purchase goods and services made in the U.S.[5] In response, marketers seized the opportunity with ad campaigns highlighting American products and the economic benefits of buying them. From General Motors’s “Keep America Rolling” 0% financing program to a group of American fashion designers who started the “Fashion for America: Shop to Show your Support,” patriotism as a marketing strategy saturated the advertising space. Once again, American consumers were ready to spend to show their American allegiance.

“The American spirit is stronger than stone and mortar, tougher than steel and glass, and more enduring than any pain or suffering that can be inflicted on our national conscience.”

This year, the American economy has taken an economic one-two punch of coronavirus and an international oil price standoff that sent prices plummeting. Millions are filing for unemployment, businesses are closing, and politicians are scrambling to pass a fiscal life raft. No one knows what the long-term effects will be, but looking back at other national recovery stories, we can be certain that the American consumer will be a key player in bringing the economy back to its former glory.

What This Means for You

It’s in your best interest to be ready to welcome customers back when the time comes. Using the lessons of the past and what we know about American consumers, there are three key takeaways for you and your post-crisis plans:

Americans will no doubt rally to help the country recover. We are a country built on philanthropy and reciprocity. It is baked into the American spirit. After 9/11, consumers’ patriotism was not only displayed by the Stars and Stripes, but also by their purchasing power. People clamored to help the economy and bought American-made products from American-owned companies.2

The sweet spot to advertise this way is not to seem like you’re capitalizing on the crisis. It’s for you to show how and why products made in the U.S.A. are better than those that aren’t. “American-made” has value. Consumer Reports found that 8 in 10 Americans want to buy things made in the U.S.[6]

Shoppers want to help the nation recover. If they know they’re supporting a company that’s giving another American a job, it will make them feel like their money is getting them more than the product they bought. You benefit by showing your American pride and American values.

Be sensitive. It’s an emotional time. The worst thing would be for someone to think you’re making light of this crisis. Avoid anything that talks about death or violence. Humor can also be really tricky, so use it with caution.

You also need to be careful not to confuse consumer patriotism with animosity. Unlike patriotism, animosity is a negative feeling toward someone or something. Remember Freedom Fries? In 2003, French diplomats on the U.N. Security Council threatened to veto President George W. Bush’s planned Iraqi invasion. To show how mad they were at France, some Americans boycotted French products – including French Fries. That’s consumer animosity. Trying to capitalize on it is risky. It is purely emotional and has nothing to do with product judgment. Consumers could change their minds and their purchase habits unexpectedly.

Bottom line: Focus on your company’s patriotic values and support for America. Don’t waste time talking about the other guys.

Not all threats are created equal. The entire country is in this battle against a faceless nemesis together. Talking about the connectedness that we’re building as we navigate this crisis together will help consumers feel like they’re more than the price of their purchase to you. Let people know that you’re there for them, that you’re supporting your country, and by doing that, you’re also supporting them.

In a study of post-9/11 advertisements,[7] people thought companies with ads about the traumatic attacks were “benevolent corporate citizens” that were trying to help America recover. The same study also found that supporting American businesses that were giving Americans jobs was seen as an act of patriotism.

It’s okay to let your corporate guard down and show your humanity. Businesses were affected by this crisis just like everyone else. Using your advertising space to talk about that shows you want to be part of the solution, and by supporting you, your customers are part of the solution too. Using your business to help the economy recover is noble and should be celebrated!

As Americans try to make sense of the present and wonder what it means for the future, business should start planning their part in the nation’s recovery. Our history tells us that time and time again, the American consumer is an integral part of helping the country back to its feet after crisis. The current situation offers you a chance to remind consumers what American-made means for the county’s economic strength. Show them that supporting you means supporting the American worker. Tell them how your company’s values intersect with American values. Talk about how difficult this has been for everyone and how you are excited to be part of the next American comeback story. 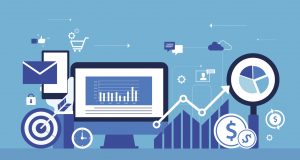 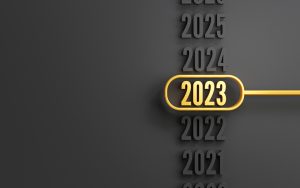